The Euro Stoxx 50 has made a firm break away from its 50% fib retracement to trade at its highest level since early March. In turn, eyes are for an extension to 3194, which would mark a closing of the early March gap. Alongside this, topside resistance is situated at 3246 (61.8% fib), failure to break could see a return to 3050. 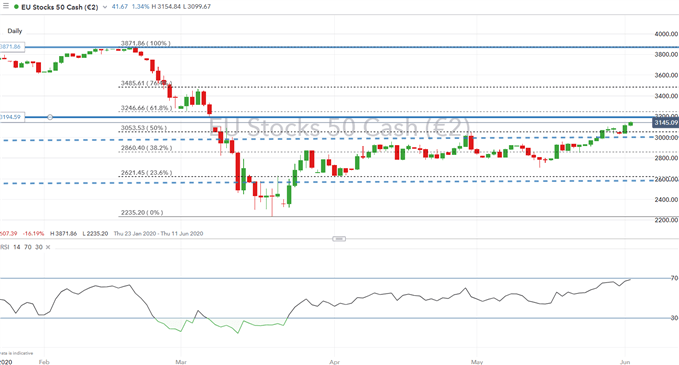 Upside in the FTSE 100 remains capped at last week’s high (6234), which also coincides with the 50% Fibonacci retracement from the Q1 sell-off. However, given the persistent rally across equity markets, upside risks remain, which in turn could see a test of 6400. That said, near term support resides at 6030-50 keeping the bullish momentum intact, although failure to hold raises the risk of a pullback to 5890 (38.2% fib).

of clients are net long.


of clients are net short.

© Reuters. FILE PHOTO: The Valero refinery next to the Houston Ship Channel HOUSTON (Reuters) – A severe cold spell in mid-February knocked out a third of U.S. oil refining capacity, according to data compiled […]