The UK economy had its largest monthly contraction on record in April with GDP crashing 20.4%, which was more than 10 times steeper than any pre-COVID 19 fall. In turn, this highlights the devastating impact of the government lockdown in response to the spread of coronavirus. Given that the economy began to reopen in May, the worst looks to be behind us. That said, this likely underscores the fact that the Bank of England will look to boost its QE purchases by at least GBP 100bln next week. 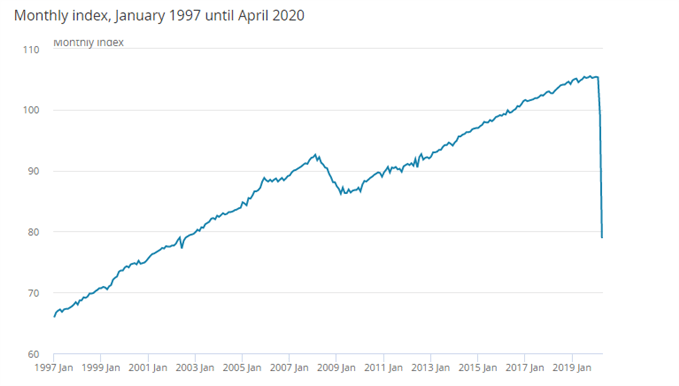 The immediate response has been somewhat muted in GBP, with the currency dipping slightly. Keep in mind, that while this data is shocking, this is for April and thus is slightly outdated relative to the current context. Reminder, the OBR’s reference scenario had included a 35% quarterly contraction. Alongside this, with the UK economy now reopening, this looks to be the trough. That said, the risk-sensitive currency is likely to take its cue from the broader market sentiment, particularly after yesterday’s reversal, which saw a US indices post its largest drop since mid-March. 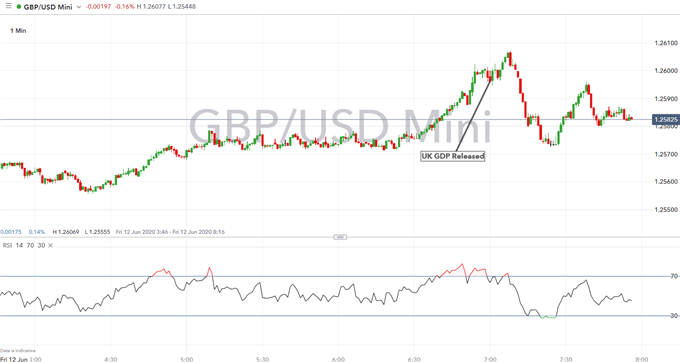 No Extension Raises No Deal Risks

In other news, ahead of talks between UK PM Johnson and EU’s Von Der Leyen, the UK is expected to formally rule out a Brexit deadline extension today as trade talks will ramp up from July onwards to make meaning progress by October 31st. In turn, as the clocks wind down, a lack of progress will see no-deal risk premiums pick up.

US Dollar Price, News and Analysis: US Dollar basket (DXY) remains weak for now. US retail sales on the docket. What Style of Trading Suits You? After a fairly benign US inflation reading earlier this […]